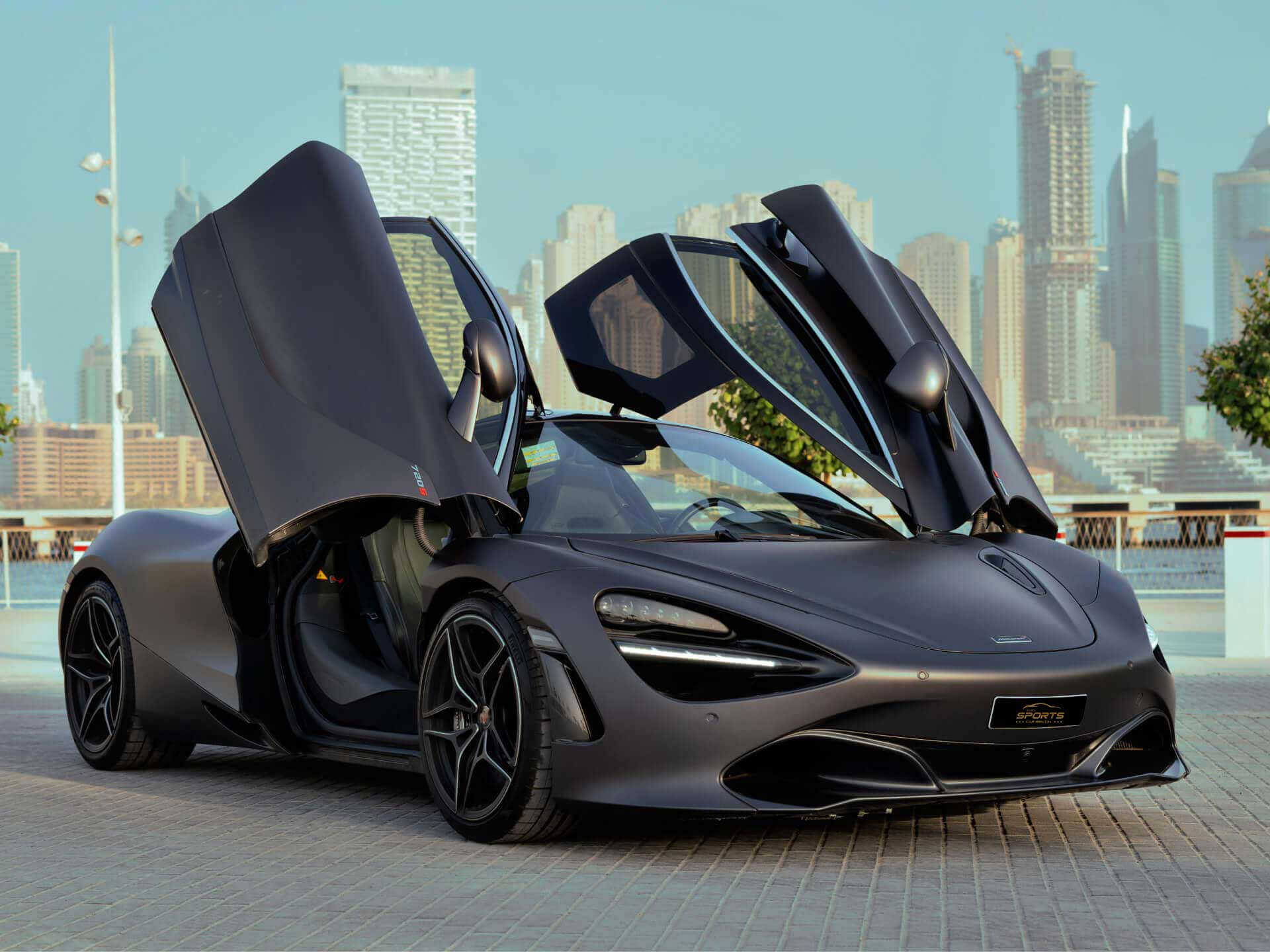 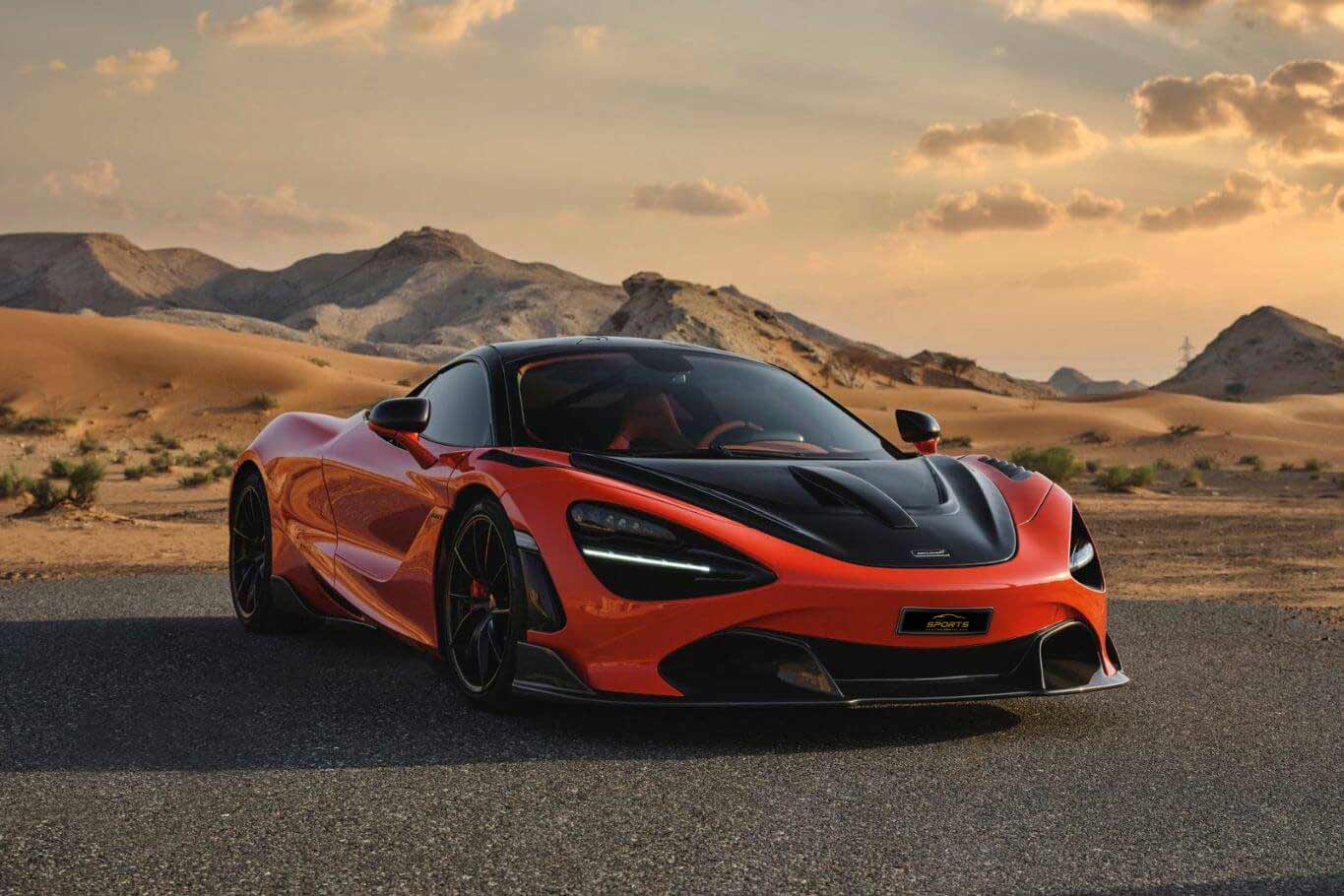 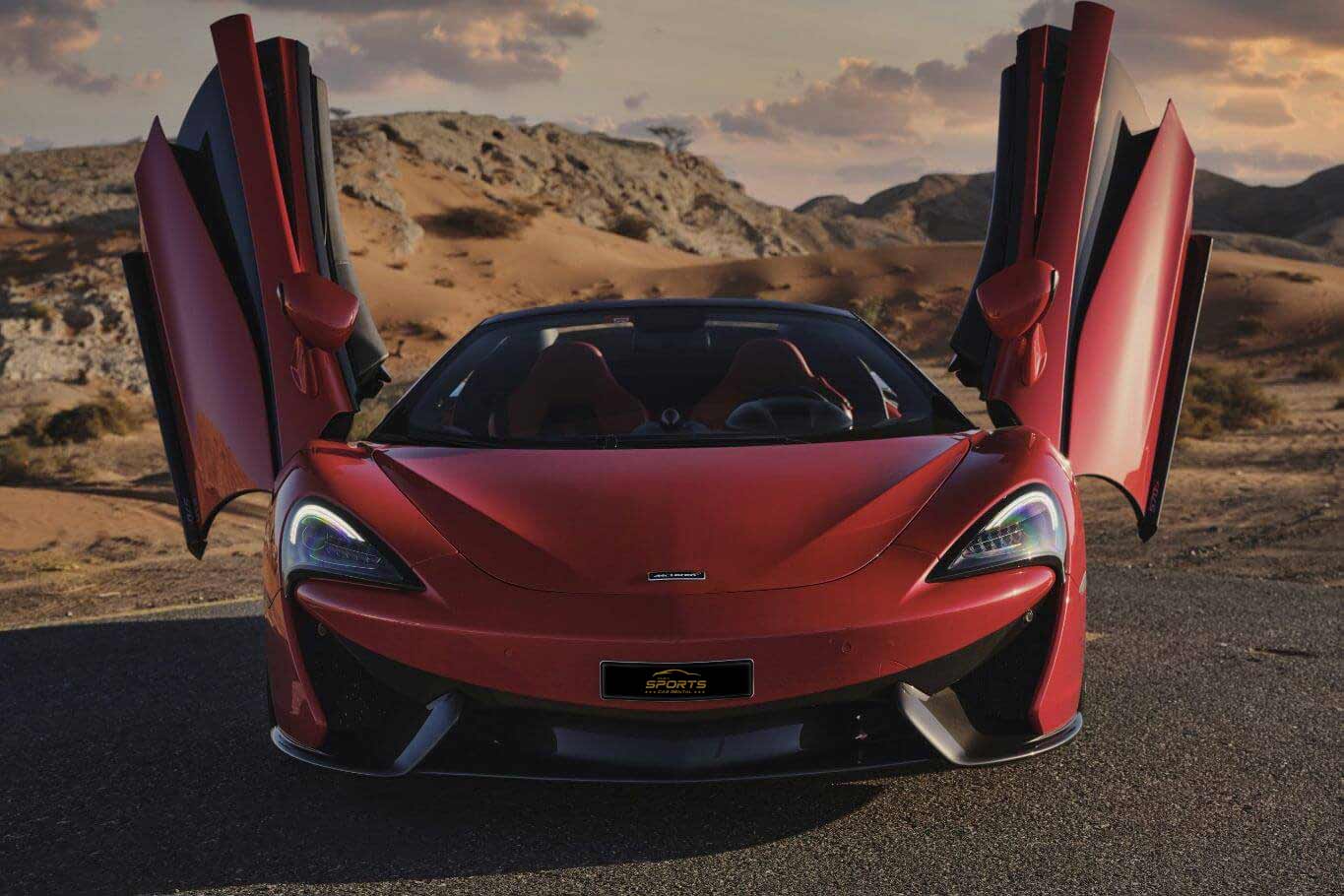 There is no sight as impressive as a McLaren car speeding along a road with its engines roaring. However, the experience of actually driving it is something out of this world. With our options for McLaren rent a car in Dubai, you can accelerate through the city roads and enjoy the best of what the country has to offer.

These supercars have been designed to be gorgeous, sporty, and comfortable at the same time. Popularly found in the major cities of Britain, these cars look completely at home in the urban sprawls of Dubai as well. With luxury car rental Dubai, you can get a McLaren that matches the speed you want to set for your city experience.

You can choose either the light yet powerful McLaren 720S Spider, the magnificent McLaren GT or the elegantly playful McLaren 570 Spider. To switch things up a bit, you can also try out all the models during your stay in the UAE. After all, all you need is a valid UAE license or an international driving permit, and your visa and passport to rent a McLaren in Dubai with us. So why not drive them all?

The prices for renting our amazing McLaren cars start from 3000 AED a day and can shift based on your choice of car model, color, and time range. Considering the incredible features that our McLaren cars are equipped with, they are well worth the hype and the costs.

McLaren – Built to push the limitations of possibility

A long and speedy drive in a McLaren car with Dubai’s skyscrapers blurring away on the sides is bound to be exhilarating. Speed is something that comes naturally to a McLaren car; the UAE’s deserted roads are perfect to test it out. Available in a range of striking colors, these cars can cause quite a stir no matter where you go. Take a look at the best features you can expect from each model when you rent a McLaren in Dubai from us.

Why is it worth it to rent McLaren in Dubai?

If you are in the UAE hoping to enjoy the finer things in life, then choosing to rent a McLaren in Dubai is a no-brainer. Dubai’s towering skyscrapers will look even more fascinating than before when viewed from behind s McLaren’s tinted windows. The brand has come far since launching its historically famous McLaren F1, which is the world’s first carbon fibre road car. Now, the following qualities of McLaren cars, in general, set them apart from the competition.

With origins you can trace back to Bruce McLaren’s first racing car, each McLaren sticks to tradition by being exceptionally fast. And we do mean fast. For instance, the sheeny McLaren 720S Spider enables its rider to reach a speed of 100 mph in only 5.2 seconds. The UAE’s roads can handle such speed with ease, which makes McLaren rent a car Dubai services even more relevant.

McLaren cars grace sports car magazine covers regularly, and it is not really surprising. Each car model is incredible to look at from any angle. Certain McLaren car models have also made an appearance in popular movies like Rush, Mission Impossible, and Need for Speed.

Not only do our McLaren car hire models look amazing, but they also perform with racecourse standards.

Why should you rent a McLaren in Dubai?

A McLaren car looks incredible wherever it is. But in the fabulous city of Dubai, it gains a special radiance. When in Dubai, you can expect the following from your drives.

The three Es of luxury driving

Many car geeks use the three Es to describe McLaren cars: exotic, exciting, and elegant. Dubai’s roads are home to some of the best automobile models in the world, including our McLaren car rental options. The Dubai city experience is entirely different when it is day and night. You can enjoy both when you slide into your McLaren car, buckle up, and race through the city.

When you rent a McLaren in Dubai and zoom along the city’s shimmery streets with music blaring, the experience will surely feel like something out of a car movie. Leaving the city and driving along endless highways is also a great idea since you will come across several amazing spots on the way. To make things even better, ask your best friend or your special someone to tag along as well.

Which McLaren models can you rent in Dubai?

We have a wide array of McLaren rent a car Dubai options to choose from. Whichever car model catches your eye, it will surely be fast, powerful, and appealing to look at. While one McLaren car will have you speeding along the city streets with the wind on your face, another one will keep you warm and cozy while you accelerate to mind-blowing speeds.

Check out our models below to find the McLaren car that speaks to you.

This coveted convertible car has been designed to resemble a quick-moving teardrop. As the shape suggests, it boasts a top speed of 212 mph. You can choose to leave the roof up or down as you burst through the streets at 6000rpm. Listening to its thundering roar is an experience in itself; You will surely feel powerful behind the wheels of this supercar.

This amazing model is likely to be a top pick when you rent a McLaren in Dubai with us, especially because you might have watched Jason Statham ride it across the UK in Hobbs and Shaw. You should expect to pay prices starting from 4900 AED for this amazing model.

Indulge in the joy of open-air driving like never before in this carbon fibre-based model. Soak in the first rays of the morning sun while you take this sleek car on a spin across the outskirts of Dubai. If you choose this model to rent McLaren in Dubai,  this high-performing car will have your heart soaring when you reach the top speed of 204 mph. It also features dihedral doors, which is a constant feature of each McLaren model. This elegantly convenient car will have you dropping in and out of the UAE’s seven emirates at lightning speed. The prices for this model of McLaren for rent in Dubai with us start from 3000 AED per day.

With a maximum speed of 203 mph, this superlight car is surprisingly spacious. This Grand Tourer-based model mixes efficiency with style for a memorable driving experience. It also has roomy luggage space, which is certainly a bonus for a car as light and sporty as this.

If you want to rent a McLaren in Dubai of this model, then expect the prices to start from 3500 AED a day.

What does it cost to rent McLaren in Dubai?

Each McLaren car model has its own uniquely wonderful attributes. As a sports car, a McLaren promises incredible speed, while as a luxury car, it is stunning on the inside and the outside.

It is certainly hard to choose the best out of all the McLaren models we offer for rent, but take a look at the price ranges for more clarity.

Rent a McLaren for a day

A McLaren car tends to make people stop and stare. If you want to make a good first impression, then there is perhaps no better car to drive up in than a McLaren. A day’s rental is also ideal if you are looking to speed through Dubai for a while and leave all troubles behind. Check out our prices to rent a McLaren in Dubai for a day:

Rent a McLaren for a week

Weekly McLaren hiring options are ideal if you are hoping to make the most of your short holiday. You will get ample time to visit the best landmarks across the UAE while you speed through straight and uninterrupted roads. You can check out our McLaren rent a car Dubai prices for a week below:

Rent a McLaren for a month

If you choose to rent a McLaren in Dubai for a month with us, you can speed across the UAE in luxury and comfort. Monthly rental options are ideal for making full use of your McLaren rental’s features. Here is what the prices look like for such long-term rentals.

What are the requirements to rent a McLaren in Dubai?

Contrary to popular opinion, renting a luxury car in Dubai is not a difficult task. All you need to do is submit a few documents to get started. The document requirements can vary depending on whether you are a resident in the UAE or a tourist.

Take a look at the requirements below to rent McLaren in Dubai.

Several residents in the UAE choose to rent McLaren supercars for special occasions, including long road trips, weddings, business meetings, and much more. If you are a resident. You need to submit the following documents to hire a McLaren in Dubai:

Tourists in the UAE

If you are a tourist in the UAE, you should not miss out on the chance to rent a McLaren in Dubai and bolt through the streets. The following are the documents you need to submit before doing so:

Is it okay to drive a rented McLaren from one city to another?

The UAE experience is not limited to driving along the streets of Dubai. There are several amazing spots spread across the country in all the seven emirates.

You can drive your McLaren rental car from one city to another with no issues. For doing so, we recommend you to check out our long-term McLaren rental options so that you will have sufficient time to enjoy the best of what each emirate has to offer. Popular spots you can visit include the city of Abu Dhabi, Al-Ain, Al Qudra, Fujairah, and much more.

Do you have to submit a deposit to rent a McLaren in Dubai?

Can I drive a McLaren in the UAE with a UK license?

Yes, you can drive a rented McLaren car in the UAE with a UK license.

Where do I rent a McLaren in Dubai?

You can check out the best McLaren rental options in Dubai at luxurycarrenatldubai.com

Which are the best places to drive a rental McLaren in Dubai?

There are several spots to visit with your McLaren rental across the UAE. the best ones include the Palm Jumeirah, Burj Khalifa, JBR, and Dubai Miracle Gardens.

Can tourists rent a McLaren in Dubai?

Tourists in Dubai can rent a McLaren as long as they submit the necessary documents like an international driving license, passport, and UAE visa.

How old do I have to be to rent a McLaren car in Dubai?

According to the UAE laws, you need to be at least 21 years old to rent a McLaren car in Dubai.

Rent premium luxury car models at the best prices with us and travel through Dubai’s streets in style. We have a range of fabulous, well-maintained luxury car models to choose from. We offer options for both short and long-term rental so that you can explore the city streets at your own pace. Our customer service is on point; we are committed to creating safe, fun, and memorable driving experiences. We go the extra mile to perfectly match your luxury car rental expectations.